If I ever owned a tobacco shop - a great excuse to sit around and swap cigarette cards - I would have named it "Indians & Aviators". It harkens back to the days when men (and boys) were facinated by the wild west and barn storming skymen.

I have since had this facination with cards that feature the braves and pilots of yesterday (how do you think we got those team names ?) I started obtaining cards from Churchman's 1938 British cigarette set called "Kings of Speed". The series featured everything from motorcycle racers, yatchsmen and aeronauts to olympic runners. The key cards in the set are two historical figures from opposite sides of the spectrum - Jesse Owens and - Howard Hughes. I've been trying to obtain both cards for some time. (thanks to Geno from Net54 I have) 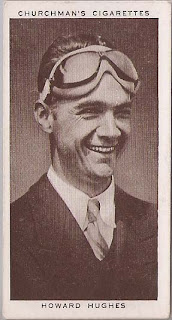 The set also contains one of the most interesting track and field stars from outside of the U.S.A. - Paavo Nurmi. A native of Finland who always ran with a stopwatch in his hand. He was so successful that he is only matched in total Olympic medals by Mark spitz and the recently crowned Michael Phelps.
Rather than give you a history lesson, I suggest googling any one of these names. I will add, however, that if you have seen the recent MARVEL comics movie - IRONMAN, you will note the many parallels between the protaganist, Tony Stark and Howard Hughes. The IRON-Y here is that Hughes was a movie mogul who was also aviation pioneer. He had many contracts and squabbles with the U.S. government. 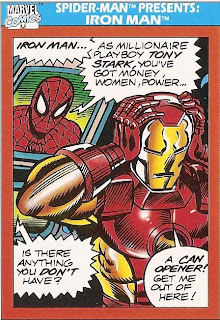