Mrs. STAR TREK has passed away. Majel Barratt-Roddenberry, the wife of the late Creator Gene Roddenberry died yesterday. Gene Roddenberry's futuristic world outlook inspired many people including our own space program. Gene cast Majel in the pilot episode and later as Nurse Chapel in the original series. She went on to become the voice of the computer and several other characters in the various spin-offs that followed. 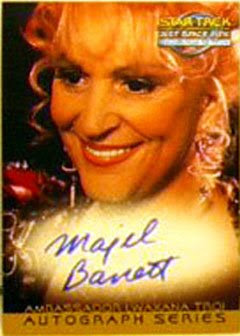 From the sexy mini-skirted 1960's to the 1990's over the top Mother-in-law in NEXT GENERATION, Majel kept the interest of the male species tuned to the shows. 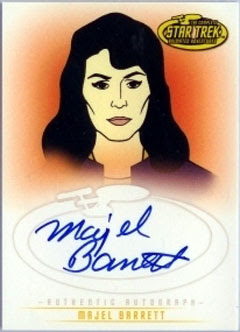 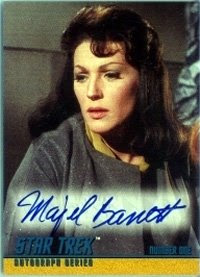 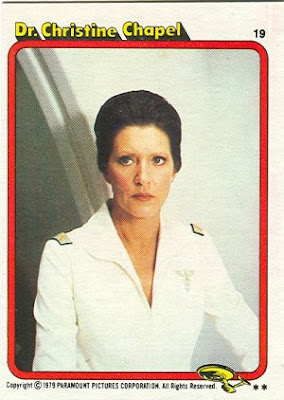 thanks for the nice post on "Mrs. Star Trek" she will be missed!

I will miss Majel Barrett-Roddenberry. She was a part of every incarnation of Star Trek, so she won't be forgotten.