Forget investments. Harken back to the 1980's when there were only 3 card makers for baseball. Digging through some of my boxes, I came across these packets which cost 39 cents.

The 1984 Topps Baseball photo RUB-DOWNS were a novelty in that these would have been inserts a decade before. Now, with the card collecting craze in full swing, they were a product unto themselves. 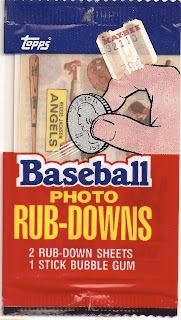 Each packet came with a card for specific instruction for those who did not know how to apply these rub-down sheets. 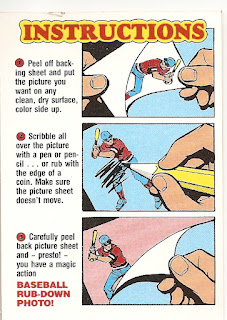 Each sheet featured either 4 or 5 players depending on if they were action shots or head shots. 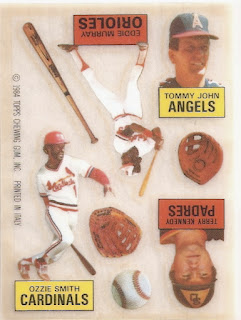 There were also rub-offs of baseball equipment - bats, gloves and balls. 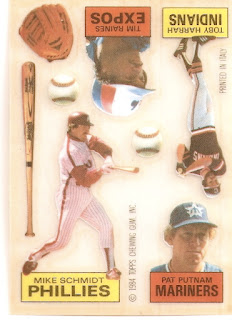 Each player had a yellow or red name plate with the team in bold capitol letters underneath.  The economy was pretty healthy as they show a quarter on the wrapper to use for rubbing the sheets.

In the above pack I got 4 Hall of Famers out of the 8 featured players. Not a bad ratio. Not bad for 39 cents and a cheap thrill ...