I have never done 2 posts in a day, but as Arbitrary Crap had a midnight deadline for his contest, I will take tomorrow off and go surfing.

I had an exceptional collecting week, hauling in some most wanted cards. 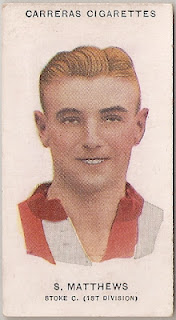 I had seen the Matt Busby go for a pile a few weeks ago, so when I saw this I jumped - 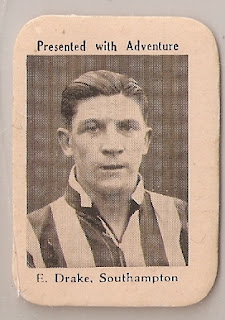 Ted Drake was transferred to Arsenal where he held every scoring record until the Premier League began (1992). 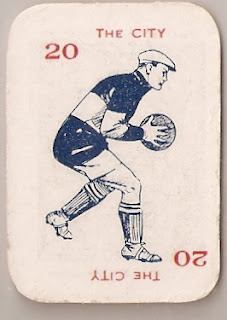 The cards are quite small compared even to cigarette cards. They came with Adventure Magazine, a boys publication. The backs (above) were used for game cards.

The haul included a few different rookie issues like this gas station premium. 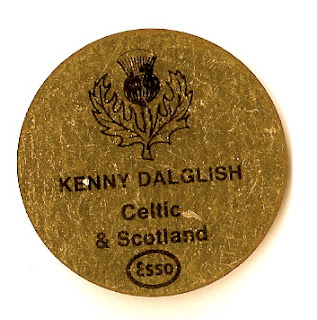 These were thin metallic discs that could be put in a collectors album.

And last but not least, a cigar band (a tobacco card ?) of "Der Kaiser" 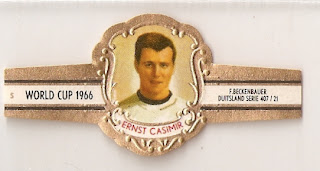 I will not disclose how much I paid for fear I may be imprisoned. Let's just say I am pleased :)