I do not envy those bloggers that write about there recent trip to Wal-Mart or Target to get the latest packs or boxes of cards.  I think its nice that each collector finds their own way. You see by my standards (and blog title), I like that my cards have some history.

So while out garage sale patrolling I found a house that had a huge box of mixed sports cards. I didn't take all the time I wish I could because the lady running the sale fell down her own steps. So as the accident escalated to injury I had to make my purchase of the few cards I selected and depart. 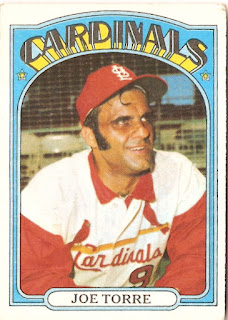 Just one season removed from being the N.L. MVP, Torre is in classic Cardinals kit on the psychedelic 70's card. 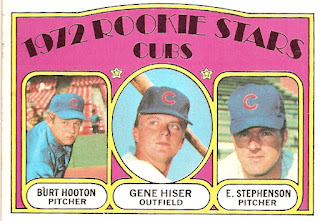 Hooton would go on to be a star pitcher for the L.A. Dodgers featuring in 2 World Series. Was runner up for the Cy Young award in 1978. 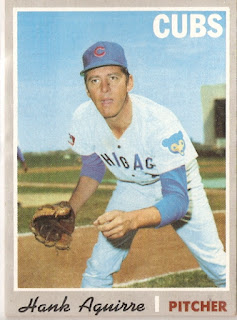 I liked this bit from Wikipedia - As a rookie for the Cleveland Indians in 1956, Aguirre struck out Boston Red Sox legend Ted Williams the first time he faced him. After the game, Aguirre asked Williams to autograph the ball. Reluctantly, Williams complied. A couple of weeks later Aguirre faced Williams again. This time the "Splendid Splinter" smashed Aguirre's first offering for a home run. While circling the bases, Williams yelled to Aguirre, "Get that ball, and I'll sign it, too." 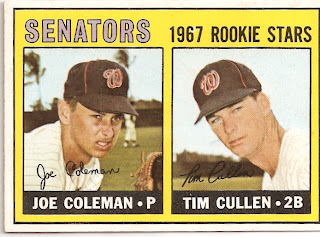 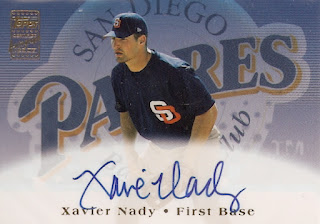 I like this card not only because it hard signed (neatly) on the card, but ... 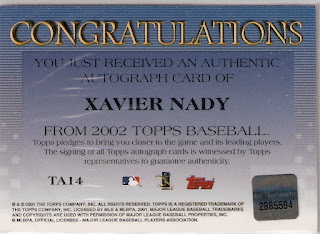 short printed and numbered with a hologram on the back. Nady was both a Met and a Yankee. One of the select few who went straight to the majors without playing minor league ball. 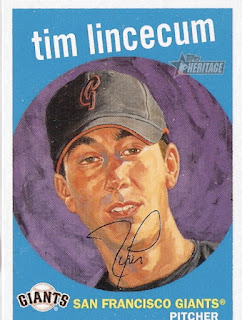 Dick Perez art is excellent. This was the first time his cards were included as inserts. 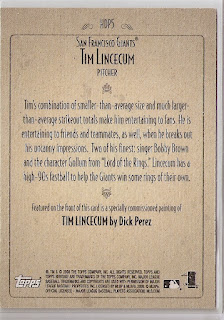 I know, i know - I really do not collect NFL football cards any more. But I like the product - Crown Royal with soda ... um, I like the look of these cards. I only wish it was a hockey card. 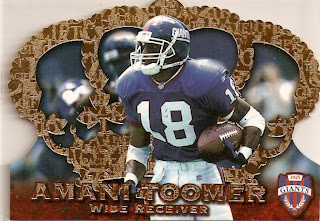 He was a N.Y. Giant setting the record for most receptions in a season. Great punt returner. First Giant to have three 70+ catch seasons. 2008 Super Bowl Champion. 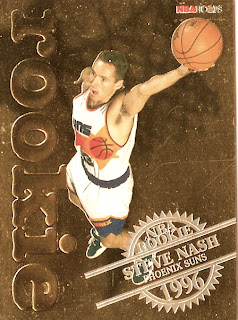 I don't collect basketball either. I got the above card because Steve's brother Martin was one very good soccer player for the Vancouver Whitecaps. Steve became so involved that he is now one of the MLS  owners of the VANCOUVER WHITECAPS.

All the above cards are up for trade.