TOPPS Goodness - The Old Is New

We all have our favorite card sets - many of them from our younger days. I collected many of the sports cards back when there was one set per year, per sport.
The first soccer cards I ever obtained were the 1978 Topps England Footballers. I found them at a flea market and spent $2 for each pack when the going rate for contemporary cards were about 30 cents. I loved the design as it mirrored the NFL football cards I had collected a season before.
So when Topps debuted their Major League Soccer card this year, I was delighted to see the classic soccer cards I remembered. 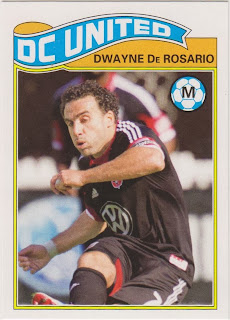 Dwayne De Rosario
I picked up a couple of these to see what they looked like up close. I got Dwayne De Rosario - Canada's all-time leading goal scorer. He is a sure Hall of Famer being only the 5th MLS player to score 100 or more league goals. 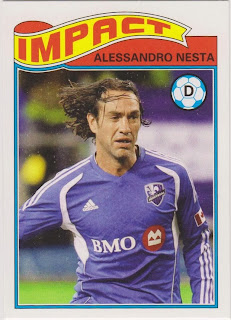 Alessandro Nesta
I also selected former AC Milan star and Italian World Cup winner, Alessandro Nesta, from Montreal. He has already announced his retirement, which may mean his only MLS cards appear in this set. 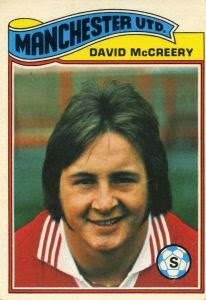 David McCreery
Back in 1978, some players were going the other way - from Europe to North America. Northern Ireland's David McCreery was playing summers for the Tulsa Roughnecks and later appeared in the 1982 World Cup. He is featured for Manchester United in the 1978 set. 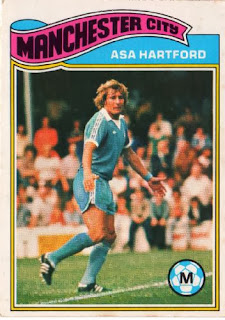 Asa Hartford
Asa Hardford was a Scottish International who came to America later in his career. He won a Championship with Ft. Lauderdale.
Like the 1979-80 O-Pee-Chee hockey cards from a few years ago, these are nice chase cards. These 2013 Topps MLS cards are a subset of only 60 cards. I think it may be worth trying to complete the set.