Bill Foulkes, former coach of the Chicago Sting, the Tulsa Roughnecks and the San Jose Earthquakes of the NASL, died at the age of 81 on Monday. 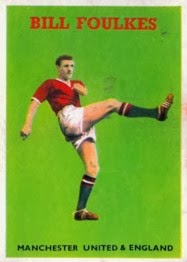 As a player, Foulkes was best known for his glittering career with Matt Busby’s Manchester United, where he spent 18 years, making 688 appearances in all competitions.

Foulkes, a survivor of the horrific Munich plane crash in 1958, went on to captain United, leading the club to its first-ever European Cup success in 1968.

Manchester United’s players will wear a black armband to remember him for the club’s UEFA Champions League clash against Shakhtar Donetsk on Wednesday.