Baseball has the greatest knack for evoking nostalgia. Beginning with the early cigarette cards, the chewing gum era was high lighted by past stars and Hall of Fame members. It is only recently that the non-gum era has begun to feature the tobacco makers from the early days.
Kimball Tobacco cards of the 1890's featured actors, athletes and famous personalities. So in the line of Allen and Ginter, Mayo Plug comes the Kimball style of cigarette size player cards.
Having already seen dozens of standard size reproductions of Ruth, Cobb, Mantle and DiMaggio, it was refreshing to find some of my favorites on the cigarette style repos.
I I found the legitimate All-Time Home Run King, Hank Aaron, on the 2011 Topps Kimball series along with baseball card icon, Honus Wagner. 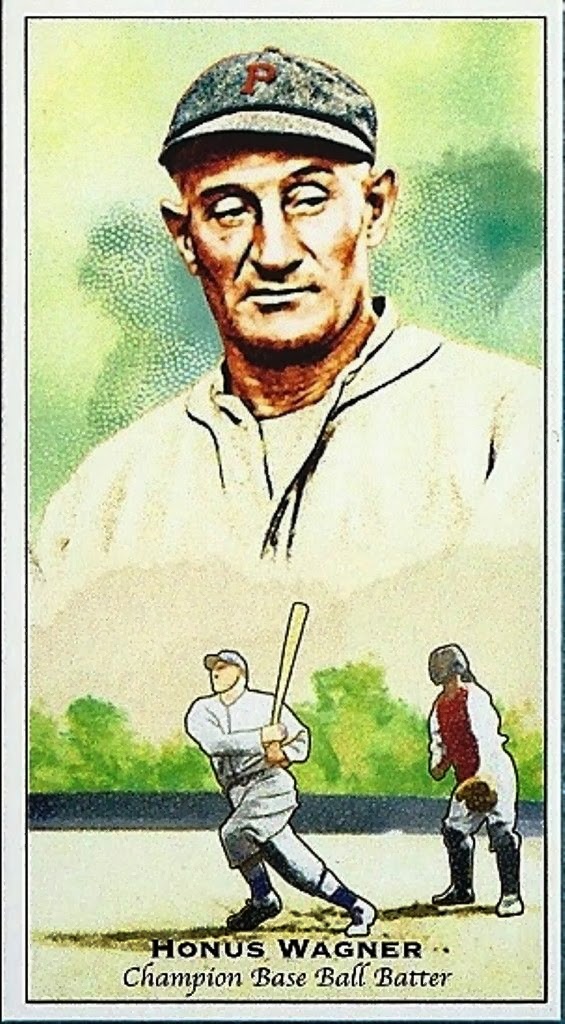 2011 Kimball - HONUS WAGNER
To me, the water color art work on these is spectacular and worth more than the so often re-used photos for standard Topps cards. These fit nicely into my tobacco collection.
I think everyone has a favorite set from their earliest collecting days that brings back great memories. For me, it was finding a rack pack of 1972 Topps baseball in the grocery store.
Topps retro / Heritage style cards prove that all that flash and glitter is not required to make good looking cards. A twist on the 1975 Topps test set minis, these fraction size cards have the feel of the 1970's with the inclusion of modern stars. If I have one qualm about them, its that all the 1972 Topps were wonderfully posed pictures - with action shots appearing on separate "In Action" cards. 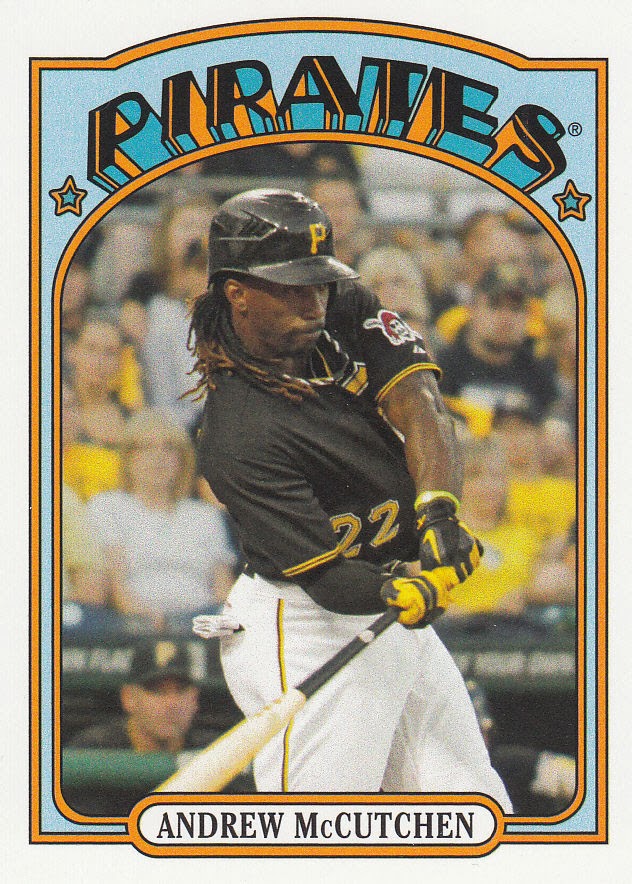 I picked two cards from this mini set: As the 1972 Pirates of Clemente and Stargell were World Series Winners, I selected the best current Pittsburgh player of today - Andrew McCutchen. 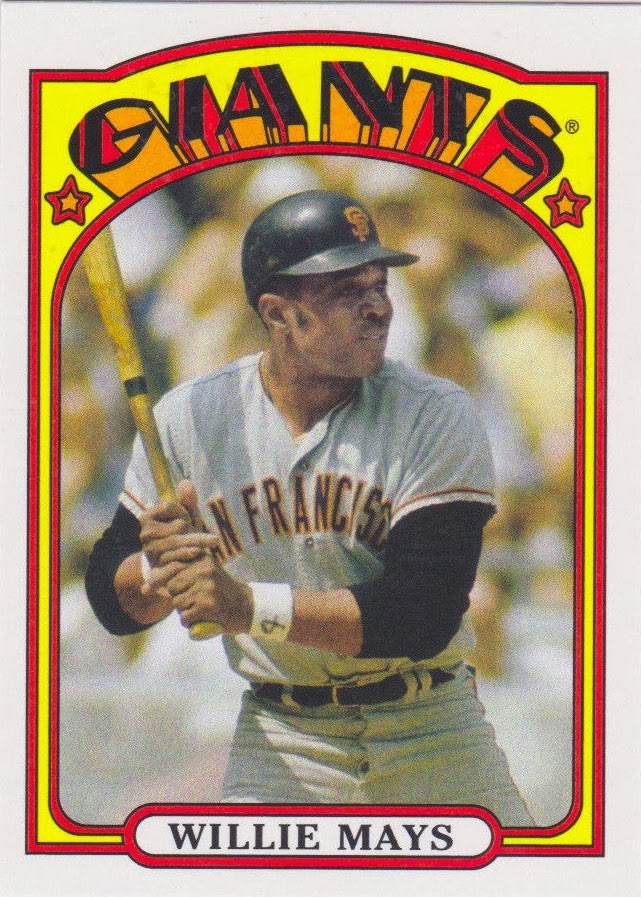 Although not my favorite personality or player, the 1972 Topps Willie Mays was so iconic when I first saw it, it evokes spring time, Finding your heroes in the packs, chewing bubble gum and knowing you could complete your team before the autumn leaves fell.
I admit, I don't actively collect modern players, but if I did, it would have to include Derek Jeter. He has so many cards that it would be near impossible to collect anything else. But when I find a card for the right price and style, its an easy choice. 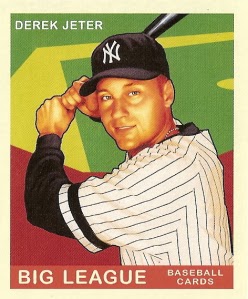 2007 Goudey Derek Jeter Red Back mini
I've avoided football cards for the most part as I sold off my collection to concentrate on soccer cards. But the retro style and the headline making antics of this player, prompted me to put it in the pile.

2013 Topps mini - Richard Sherman
As is the case when I go to these shows, most dealers do not bother to stock soccer cards. But as this is now a monthly show, they are getting used to seeing me and my asking for cardboard of the beautiful game.
Sometimes, it pays just to spend the 10 - 15 minutes digging through there 10 cent boxes. Here is where I found two minis of U.S. National Team players Jozy Altidore and Tim Howard.
Both, barring injury, should feature in this summer's FIFA World Cup in Brazil for the USA. 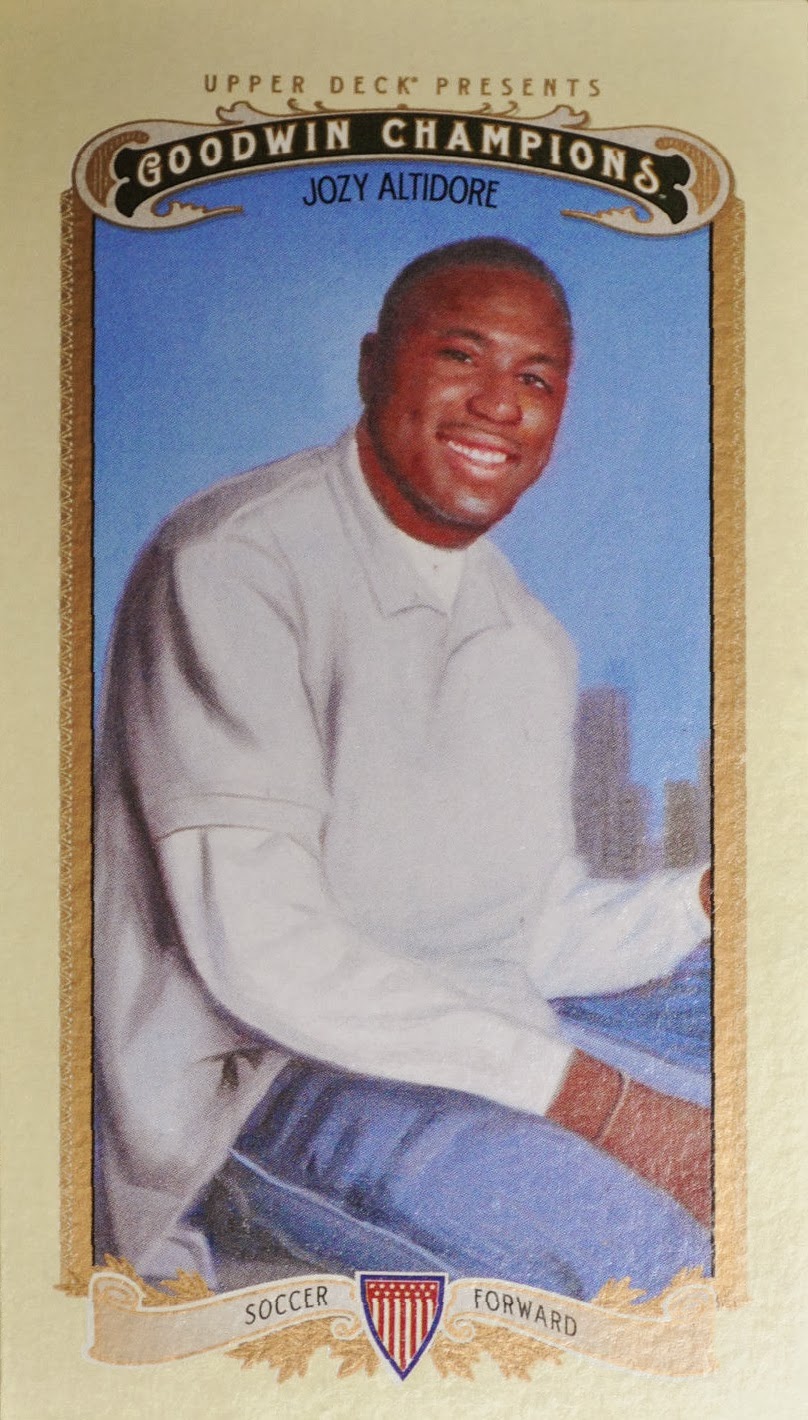 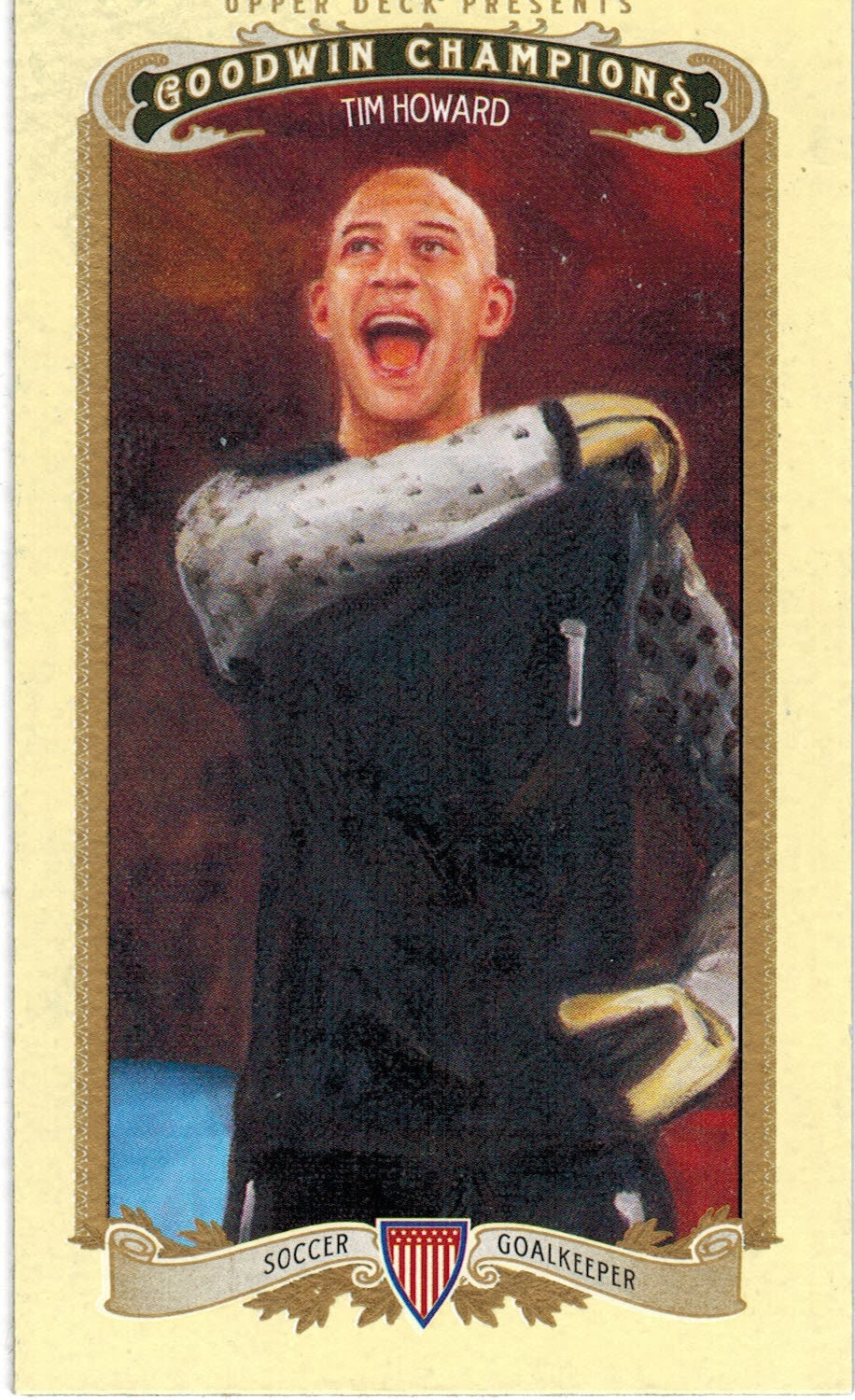 Tim Howard - USA # 1
All in all, I was pleased with my finds for the 90 minutes or so I spent at the show. Selecting the cigarette style smaller cards, to me, is a case of more quality for less money.
If anyone has similar soccer cards in cigarette style that you would trade for my baseball, NFL football or other cards, let me know.
WHAT DO YOU THINK ABOUT MINI CARDS ?
Posted by Chuck's Used Cards at 8:34 AM

I totally agree with you about the Kimball's. They are more reminiscent of early tobacco cards. That being said I don't get excited by modern mini's. I do like collecting old tobacco cards. Unfortunately baseball cards are too expensive so I collect a variety of subjects from animals to transportation to movie stars.

Hackenbush - I avoid baseball tobacco as it is quite expensive. But comparably, soccer tobacco issues are still relatively affordable.

That said, you can see I'm enjoying the non-sport cards as well.