In my rash effort to pay homage to the two 2009 Hall of Fame inductees, I left little time to find the right - or special cards to post.

I've been busy with a short film production and auction house consulting to sink my teeth into some custom made cards. But late last night I refused to retire until I got a pair worthy of posting.

So here are RICKEY HENDERSON and JIM RICE. 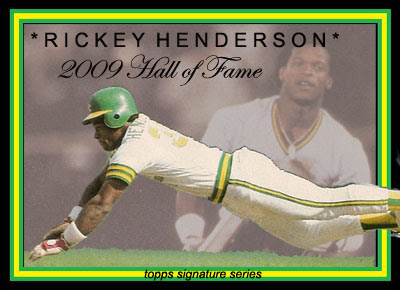 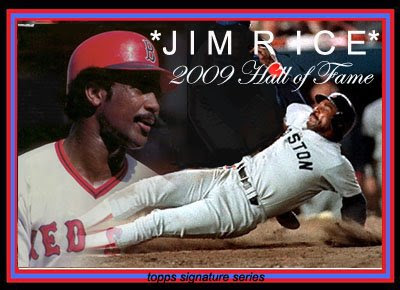 I've added a fantasy card of Willie Mays in his final season on a 1974 Topps card. 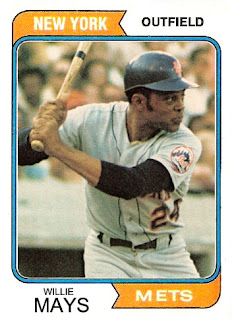 Those Henderson and Rice cards are very snazzy. I'm design-impaired, so I'm impressed by anything like that.