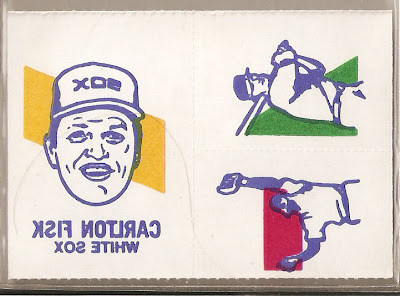 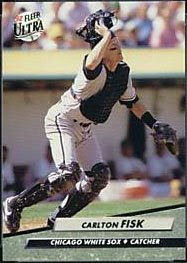 I have been receiving lots of mail lately and most of it are through trades. I don't remember trading Dave or even contacting Dave, yet he sent me a package. Unusually, I tell people that they can send me Yankees or RED SOX cards. I don't ever remember asking for WHITE SOX cards. 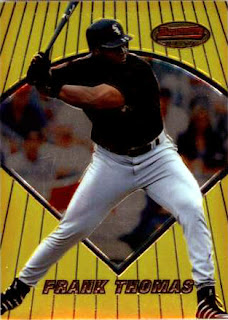 But Dave chocked a package full of White Hosers and they were some very nice ones including these high lights:
6 Ozzie Guillens - with 1997 Stadium Club
10 Frank Thomas' - with 1995 Bowman's Best Chrome (see above)
4 Joe Credes - with Allen & Ginter
5 Charlie Houghs
8 Carlton Fisks - with tattoo decal (see above) 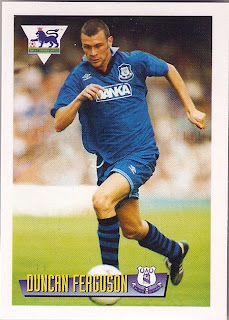 And surprisingly, for all the soccer cards I own (well over 10,000) I did not have this card of Scottish hero Duncan Ferguson. "Big Dunc's" career was hampered by jail time due to his temperament both on and off the playing field. This 1996 card with Everton FC was one of his best seasons. In addition, there was some hockey stuff - highlight record card of "The Great One" 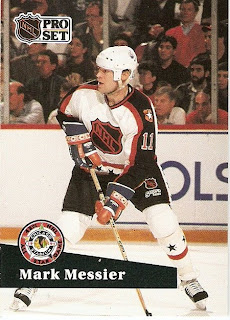 A ProSet Mark Messier - but wait ! - it is a French version which I did not have. 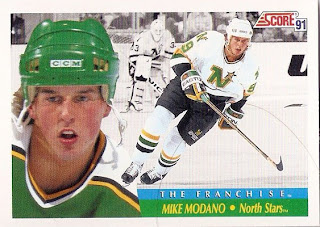 and a baby faced Mike Modano - who is now a grizzled veteran of the NHL seen here with the Minnesota North Stars - Franchise player indeed !
Many thanks to Tribecards for this kind gift - I intend to visit him at Indians Baseball Cards to send a personal thanks.
Posted by Chuck's Used Cards at 3:57 PM

Man, that Modano card brings back some memories. I need to get my 1991 Score cards organized, I probably have a complete set.