The recent issue of Philadelphia card set included the Kennedy Brothers. With the passing of Senator Ted Kennedy - well you could name a rock band.

However, the sport loving, political brother were not the first trio to appear in a card set. The ALOU Brothers (whose real name was Rojas) from the Dominican Republic graced many baseball sets from the 1960s and 1970s.

Not only did two of them make it as All-Stars, but their offspring - Moises - have gone on to notable careers as well.

One of our favorite band of brother were the HOWARD brothers - also know as The THREE STOOGES. It was Shemp who began with the trio (along with Larry Fine) with Moe and was later replaced with brother Jerome - aka Curly, to mix it up yuk yuks. 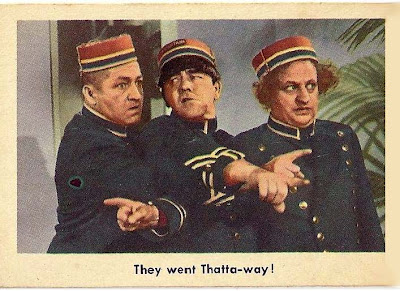 By far the greatest brother act on sports cards has to be the SUTTER brothers - all six were active in the NHL in the 1980s. Brent, Brian, Darryl, Duane, Rich and Ron all appear in the 1983-84 O-Pee-Chee hockey set. 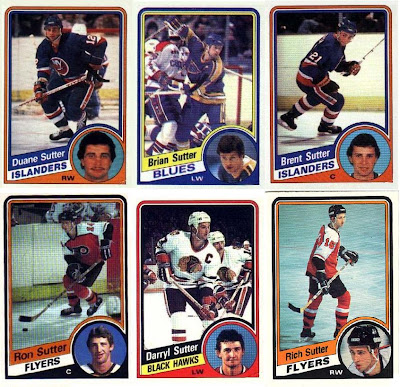 Its always a wonder if Mom was ref while Dad played goalie.

The most prolific Country of brothers has to be HOLLAND. The Netherland's national team has had more brothers play for their small nation than any other on record: 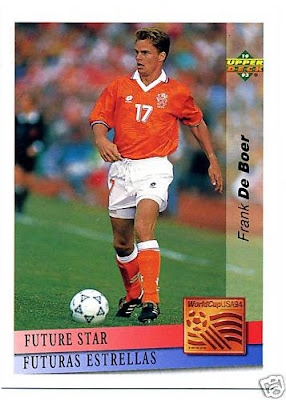 Five of these brothers appear in the 1994 Upper Deck World Cup set.

there are actually seven Sutter brothers. One never made it to the NHL.

and even more sons now playing ... but I wanted to keep it limited to the BROTHERS that appeared in a SET together.

Hockey seems to have the most brothers--- Hull, Esposito, Dryden, Maki, Mahovlich, Richard, Pronovost, Plager... And these are just some of the ones I remember from the sixties and seventies.

Boelie Kessler & Dolf Kessler are also brothers who have played for the Netherlands national team. They are the cousins of De & Tonny.