Back in the old school days, we were instructed about the 4 food groups for balanced meals. Most of followed the "C" method. I "see it", I want it, I eat it.

We were, however, smart enough to begin the day with a good breafast. And what was more American than cereal ?

Kellogg's baseball cards made my mornings grrrrrrreat - especially when we got down far enough into the box to get the baseball card within. (no we didin't cheat by dumping it into a big bowl and picking out the prize - then putting it all back.) We stared at the back of the box for about a week while spooning down our grains. 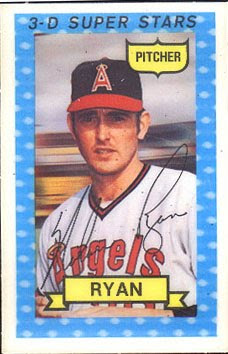 When Kellogg's reign of delight came to an end in 1983, the void was filled with a rather cheap replacement of Ralston Purina cards in the mid-1980s. However, it was hard to escape the checkerboard which reminded us that our pet cats and dogs ate their products too ! 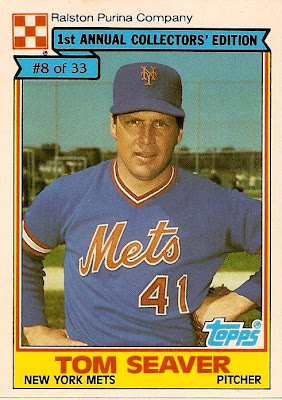 For those with the more exquisit taste, the 1990s gave us Jimmy Dean cards that came with the breakfast sausages. There were of course other 90s breakfast issues like the Post cereal sets as well. (see part 2) 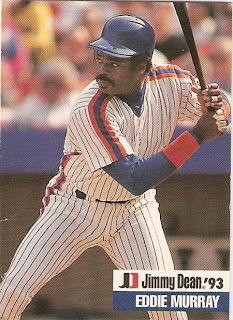 For the luch time crowd, some round ball came in the form of Skippy Peanutbutter lids. A nice change of advertising pitches. Here Derek Jeter gets in your face friendly with a jar. 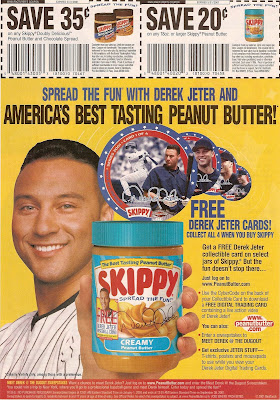 Candy, gum and cookies have been staples for giving away cards from the 1950s and after. A different twist came in the form of these 1970 Milk Duds boxes. Pete Rose's card indicated his league leading hits. 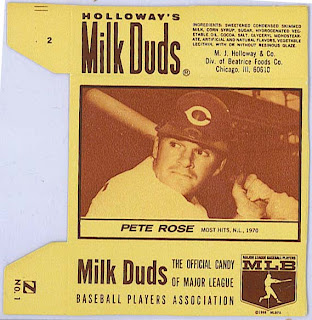 For the real junk food junkers - Hostess was the devil's advocate - twinkies, ho-hos and various other delights to sweeten the fact that you got a panel of 3 cards on their boxes. Hostess baseball cards were distributed from 1975 to 1979. These, to me are only second to the Kellogg product in eye appeal. 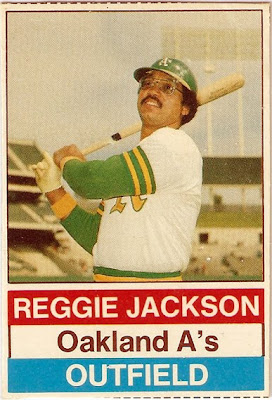 Now that you have had lunch ... we will continue with dinner next time.
Posted by Chuck's Used Cards at 8:47 AM

Bowl? Who used a bowl? We jammed our fists in the cereal box until we found the card.

It would have been cool to be a kid in the 60s and get those Post cards. I would have choked down Grape Nuts cereal just to get the cards.