The Look, The Feel of Holland ... South American Power

How much can we put into one look, one action or one picture ? Well, if you examine the talent of past Dutch National Teams - everything. On paper, Holland should have 3 World Cup titles and a case full of trophies. But the scene, behind the scene of infighting, egos and playing below expectations has been the plague of the Orange Crush. So when Robin Van Persie exchanged words with Dutch Coach Bert van Marwijk after being subbed out, it was a feeling of "here we go again". 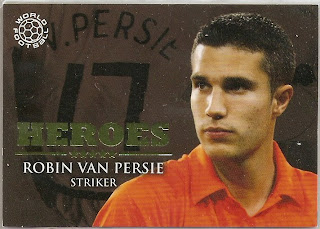 But is it more damaging than Brazil playing Dunga-ball ? The boring, boring display of the five time Champion is a slap in the face of the magic associated with the Selecao (the selection). Kaka' has been less than spectacular and the rumors of conspiracy against the former World Player of Year are painted to cover the cracks in the midfield. Apologies for his sending off are not warranted as he deserved the first yellow card - which means he was always in danger of a second - rightly or wrongly. This Dutch side is as deep in talent as ever and have every reason to believe they can be world champions - except for themselves.
This has been the problem for the African teams - shooting themselves in the foot (or both feet). The hosts and their neighbors have the skill and talent, just not the organization and the discipline. This is what the Netherland has - proven by the hundereds of coaches that they have employed all over the globe.
The excuses of the European teams having too long of season will only work as an argument if you don't count the multitude of South Americans playing in Germany, Holland, Italy and England.
Four of the last 8 in this tournament are from Latin America. THAT in itself is a great accomplishment. If even half of them advance, it is a testament to the technical aspect rather than a style that still exists "down there". The money is in Europe, but the desire is South of America ... (does US SOCCER get the hint ?)
If the Dutch can paste over any cracks in the cake, they will sweep all before them. If not, the Cup will surely find a four year reservation south of the equator.
Posted by Chuck's Used Cards at 6:30 AM