Crazy, Loco and just about every derogatory adjective has been used to describe the current coach of Argentina.  He has been banned by FIFA twice and once by his own federation. Yet he has also been attatched to the label "greatest ever".
So today's game has some of the best and potentially, greatest World Cup players involved in the Germany v Argentina match. Lionel Messi (below) has yet to score a goal. 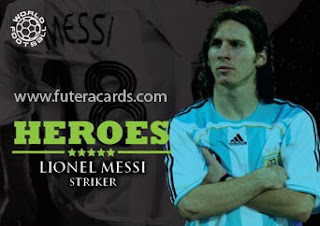 However, Miroslav Klose is near to breaking the record for most goals (lifetime) in world cup play. 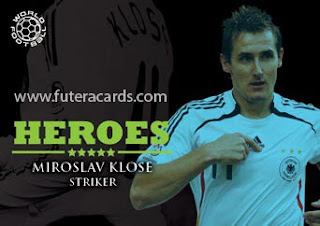 and while the focus on many of the stars like Rooney, Ribery and Messi has added up to zero goals thus far, the spotlight has been on the portly man in the suit on the Argentine sideline. Why ?
Because when all has been said and written, he is the one who has lifted the cup and the hearts of his fellow countrymen. His technical coaching abilities were called into question during qualification and seeds of doubt have been sprouting ever since.
But four wins, and a date with destiny await the blue and whites of Argentina. Make no mistake, Germany is not a walk-over, and given the chance, they will destroy you with a blitzkreig bop ...
But if I were to choose one guy to be on the touchline and on my team it would be this guy ... 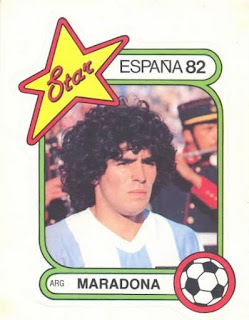 The magic of Diego Armando Maradona. from waif to super star ... to understand the connection between the devine and destiny, passion and soccer, a personality that exudes the good, the bad and the ugly in this sacred game.
Posted by Chuck's Used Cards at 5:52 AM