Celebrating 100 years of their National Federation, Canada is coming into their own. The nice neighbors to the North have had little to celebrate in international terms, but have always been supportive of the "other" sport. They did manage to qualify for the 1986 World Cup in Mexico, and appeared in several card and sticker sets (see below). 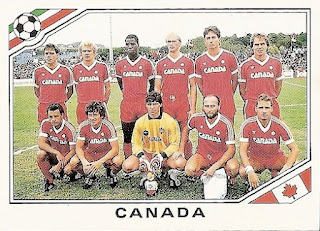 But Canada is not new to the professional ranks. When hockey season is over, the summer months have seen Championships with both Toronto (1976) and Vancouver (1979) during the NASL years.

In the last decade, new professional clubs have been established in Toronto, Edmonton, Ottawa, with the Vancouver Whitecaps and Montreal Impact moving up from lower league to the MLS.

The development of Canadian players in North America has also taken big strides with players like Dwayne De Rosario of DC United (see below) as last season's MLS MVP. 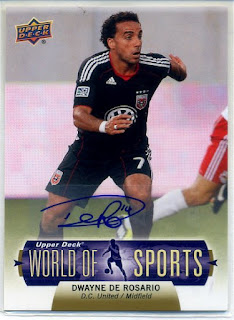