Re-Packing The Millenium Cards - What I Missed - Part 2

The quantity of my garage sale find withstanding, the quality, for my part was in the baseball cards. Although only numbering about 200 to 300 hundred, there was a nice array of type cards and star players.
To start, there were at least 7 Pacific Ryans Express II cards. This was the 2nd series of Nolan Ryan's career highlights picturing him with the Mets, Angles, Astros and Rangers. 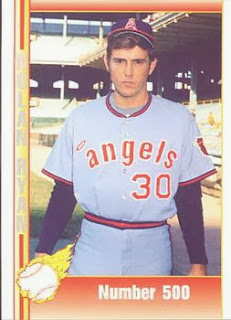 Most of the card big companies were represented with Fleer, Donruss, Bowman, Upper Deck and of course, Topps.
The Topps Stadium club was unusual as the cards were only from # 600 to the 800's. 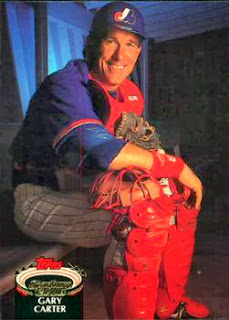 While almost every card had a duplicate (including Hall of Famer Gary Carter), there was a lone Members Choice of former Mets ace - Dwight Gooden. 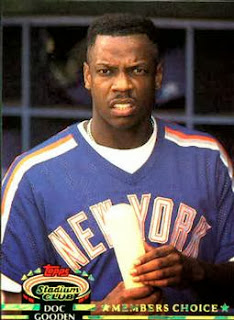 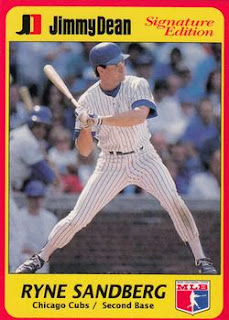 Ryne Sandberg must have been a focus of this person's collection as there were several choice cards of the Hall of Famer. There was this odd ball Bleachers 23k Silver issue of Ryne's pre-rookie card. 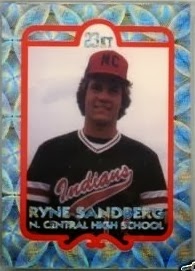 And this holographic SPx 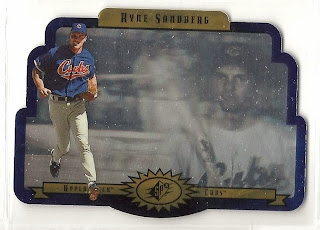 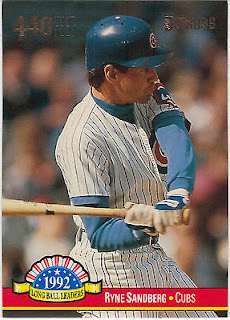 A card where Sandberg cranks one 440 feet !
The one that I have never owned was a refractor card. So "Ryno's" 1994 Topps Finest was pretty nice. 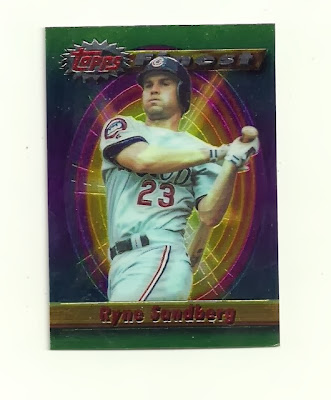 Sandberg was not alone in star power with a couple of "Donny Baseball" cards. There was plenty of LEAF card including this Don Mattingly. 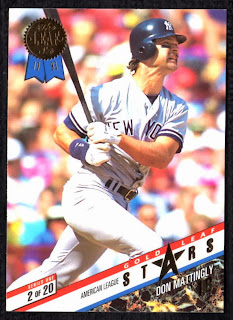 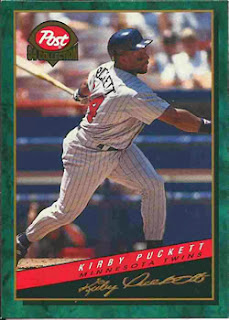 Housed in their own jewel case was the complete mint set of this 1992 Studio Heritage Series. The uniqueness of these was the sepia photos depicting the stars in throwback jerseys. Many of these stars are in jerseys of defunct clubs like Kirby Puckett with the Washington Senators. 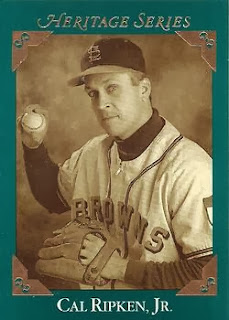 The only card to feature Cal Ripkin in a St. Louis Brown uniform.
The mix of card from football and baseball also included some non-sport cards. A handful of Marvel Spider-man cards contained a hologram card of WOLVERINE.  How cool is that ?? 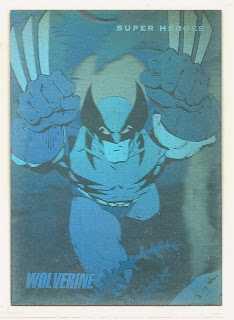 Again, if anyone wants baseball or football sets they want to complete from 1988 to 2000's, email me with a list. I am happy to trade.