Collecting As Ordered By The Evil Zurg

I think bloggers like to show off their collections. The internet has allowed this to an extent never seen before. We were influenced and thrilled without ever having to visit a store or another place outside our home.

So blogger Fuji asked the card collecting community to tell what other non-sports items we collect. Collectors are, by nature, gatherers. In being such, we gather all sorts of items that stimulate us.

After many years in the sports industry, I needed something on off days to pre-occupy me. so I began to garage sale. Rather than antiques and "chachkees", I gravitated toward toys. I have been hooked ever since.

I have to say that DISNEY's Toy Story is the ultimate - both toys and Disney, two of my favorite things to collect. Recently, I picked up 3 action figures from TOYS STORY 3 movie:

The favorite - the EVIL EMPEROR ZURG - who is bent on killing BUZZ LIGHTYEAR. 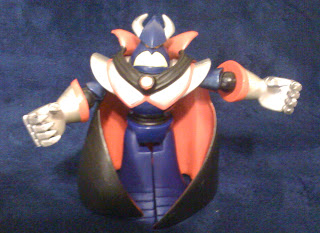 I love toy villains ! And every villain must have a henchman to do their dirty work. Zurg has a robot named SPARKS. 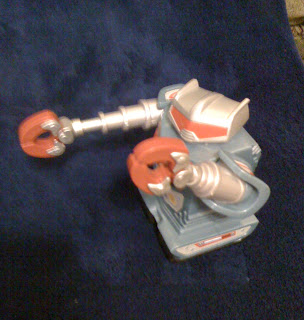 and a sidekick named  TWITCH. 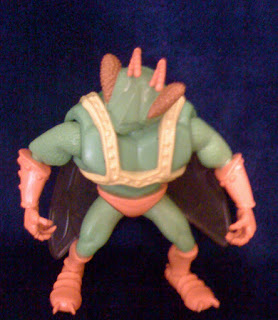 The 3 are out to destroy all that is good in the galaxy. The Evil Zurg even has a massive ray gun !

Here are the menacing trio lined up to kill other toys. 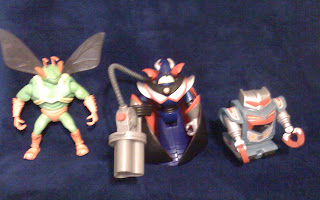 I've amassed a few hundred toy figures and characters. Lately, it been a lot of robots and mechanized figures.  Here is a look into a small section of one cabinet. This is the Transformer section. 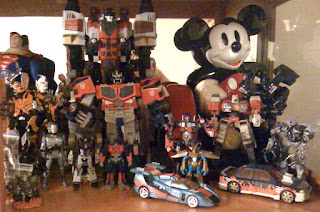 This is a fraction of the Disney figures. 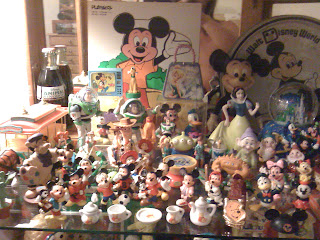 And embarassingly, this is a recent addition because of a fellow blogger (you all know him). I am not sure if this is the pony's rookie edition. We'll have to ask him. 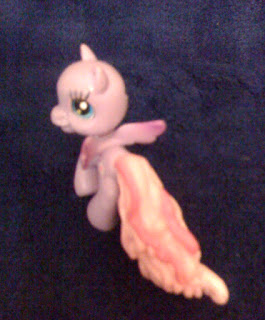 I may just post pictures of toys I get on my weekend outings rather than starting a CHUCK'S USED TOYS blog.  Zurg may command it.

I have no idea who or what that... thing is. Let alone if it's a rookie. I did think of this as soon as I saw it:

Bald donkey .... haha - thanks. You should cjeck out some of the Toys Story spoofs on youtube.