Adding to my 1975 Topps soccer set with the "red" side of Manchester. The mid 70's finds today's world's most expensive club absent of its legendary trio of Bobby Charlton, Denis Law and George Best. However, the side still has some very good international players: 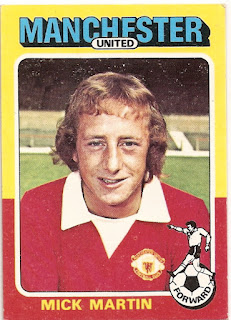 MICK MARTIN - earned 51 caps for the Republic of Ireland. After 147 appearances for Newcastle United, he caught the end of the NASL wave by joining the VANCOUVER WHITECAPS.  Son of Irish soccer star Con Martin. 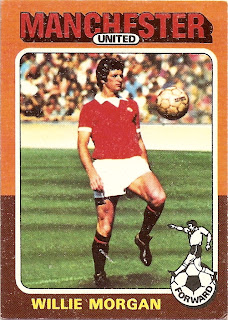 WILLIE MORGAN - won 21 caps for Scotland including the 1974 World Cup. First came to America on loan to the Chicago Sting and then spent 3 seasons with the MINNESOTA KICKS. 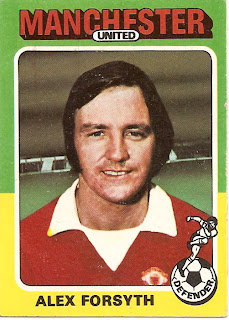 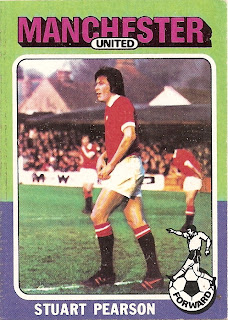 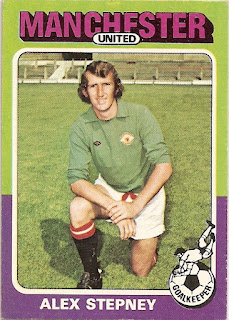 ALEX STEPNEY - the last holdover from the Manchester's great 1968 European Championship. He made an astonishing 546 appearances for United after which he joined the DALLAS TORNADO in America.

Although I don't think I will ever complete this set, I have hopes of finishing my LIVERPOOL players list and a few more of the special cards like CENTURIONS and the TOPPS SELECT cards.

better post! that last one ws making me cringe.