After all the wrapping paper, all the boxes, and all the dinner dishes are done and discarded, the ornaments are back in their packaging its back to the rutine of ... looking for more cards.

It is not to say that the non-card gifts were insufficient - they were not. Two hockey touques - both Canadian clubs - ebay gift certificate - a bottle of my favorite bourbon - I am happy as can be.

But what's this ? An unopened box ? Yup ! Someone thought I might enjoy a box of last year's hockey. After reading all the hype on the outside of the box you would think Ed McMahon was inside ready to give me a million dollars !

I was already drooling over the great prize I would find inside. Then the reality hit after open then ten pack + one bonus pack - there is NO autograph. there is NO game used card. There is NO hot insert. There are only some nice REGULAR cards of hockey players. And after careful math, it is clear that at less than $1 per pack - these are quite colorful, quality collectable cards. 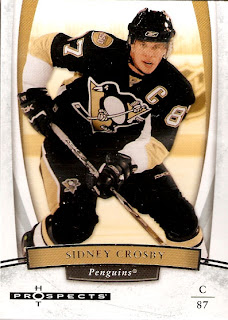 The grouping was a nice range of veteran stars and as the box states - Hot Prospects. 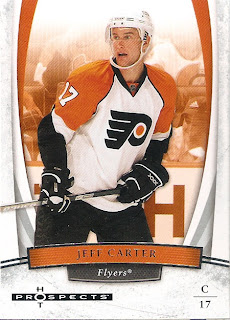 Many of these cards were my first of the current batch of stand out players - like Sidney Crosby. There were also some great veterans and future Hall of Famers - Dominik Hasek, Doug Weight, and Keith Tkachuk. 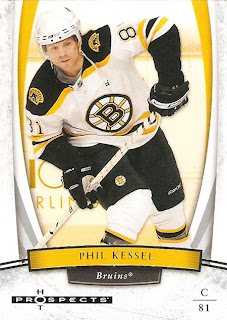 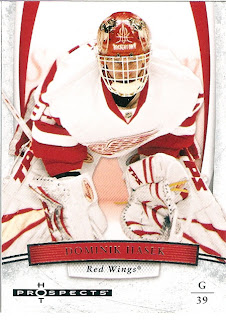 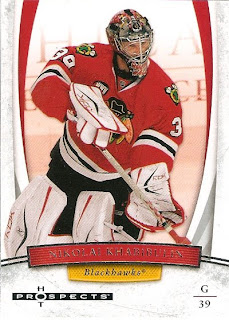 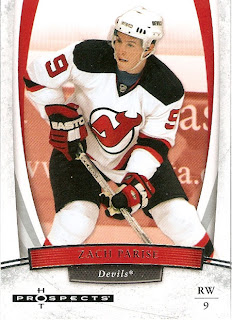 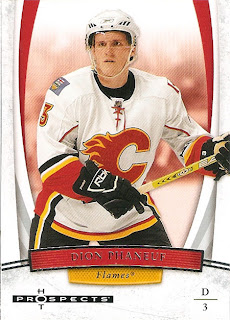 Kolzig - Washington
Semin - Washington
Arnott - Nashville
Mason Nashville
Vanek - Buffalo
Vyborsky -Columbus
I was happy with the coalation especially in getting so many goalies (8). I saw one box left at the K-Mart. I think it is a good deal at the price and fun without the modern day hype of autographs and game-used stuff.
Posted by Chuck's Used Cards at 5:32 AM