What Ever Happened to ... TEAM CARDS

One of the features of TOPPS sports cards through the years was the TEAM picture card. Beginning in 1956 the gum company included group photos with their baseball series. The last time they had these team pictures was the 1981 set.

It also just happens to have my favorite team photo - the 1981 SAN DIEGO PADRES - posing on along palm trees on the coast of California. 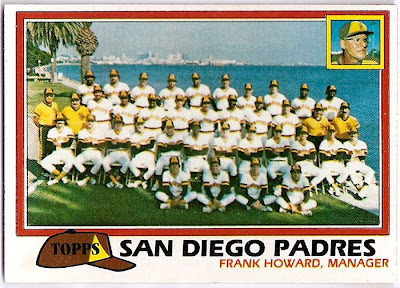 The traditional team photos were done inside the stadium or the very least at the practice facility. In 1956 and again in 1958 the Topps card photos included the line up names on the front of the card. 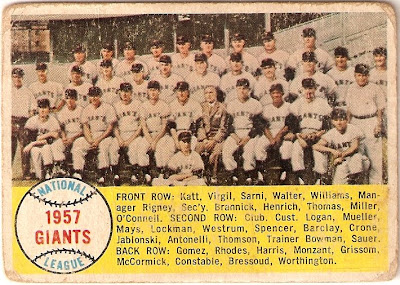 There were three instances where the club name was not used as with the rest of the team. Consecutively, from 1970 to 1972 "World Champions" was used for the Mets, Orioles and Pirates respectively. 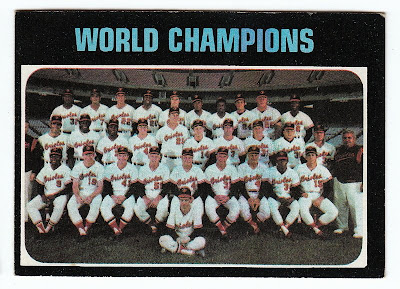 Beginning in 1976 and intermittently to 1981 Topps determined that the Manager, who was omitted from having his own card, would appear as an inset on the team card. 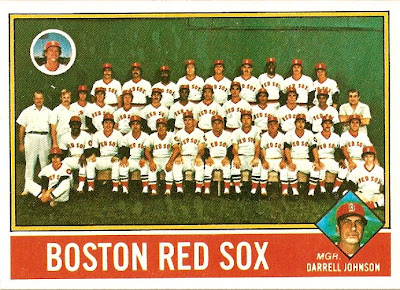 Baseball was not exclusive to team cards as Fleer used them in their football sets and O-Pee-Chee hockey cards added them like their brothers at Topps. 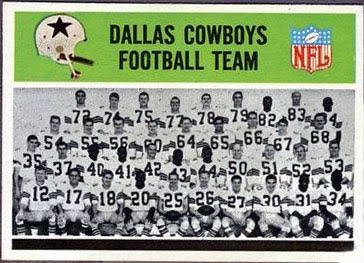 There must be something about Chicago teams - maybe they couldn't get everyone together on picture day - but there are several examples where the Cubs and White Sox had individual photos made as a collage in their team cards rather than the group photo. 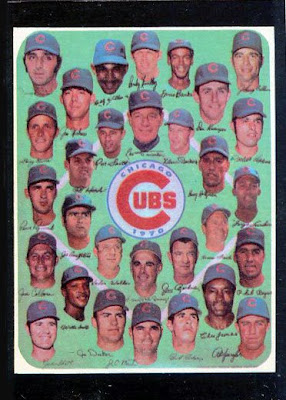 And it was not limited to Chicago baseball teams. 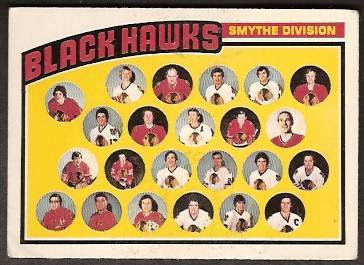 The team photo was a beautiful and useful card to have in your set. It is unfortunate that modern sets that number over 600 and 700 cannot find room for team cards. Topps did return briefly in using the team group in their Heritage series in 2008 - a throwback to the 1958 set. 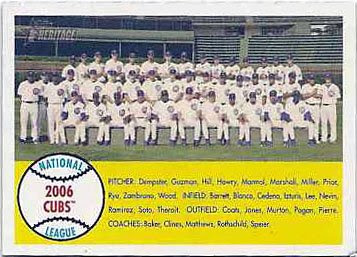 Heritage has used the team card in several sets, as it mimics the sets of the past.

Team cards made their reappearance in 2001 (along with manager cards) for the 50th anniversary set and had been a staple until 2008, when they didn't appear for some reason. I guess Topps was tired of waiting for the Royals to get together and were stuck with the possibility of using Kaufmann's outfield again for a team shot.