I am not much on the wagon for "ripping" new packs of material - but I can understand the excitement of it - now that I've had a chance to get some cards I like. I was sent a great parcel by my new friend - Jack Plumstead over at The Persuit of 80's a RED SOX fan in England.

He sent a bunch of unopened pack and when I opened the first one I was hooked. 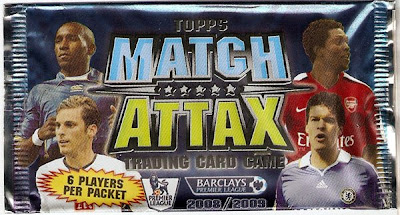 Not a great product, but better than I've seen TOPPS produce in a long time and it reminds me of the quality soccer cards they made in the 1970's over in the United Kingdom (UK). I have never had too much luck pulling inserts or special cards - and probably why I'm not a big fan of them. But this time I was pleased with my pulls. I started out with an inset Star Player foil of Jermaine DeFoe and hit again with American goalkeeper - TIM HOWARD. The pack was rounded out with one of the hottest prospects in England - Arsenal's young gun - Theo Walcott. 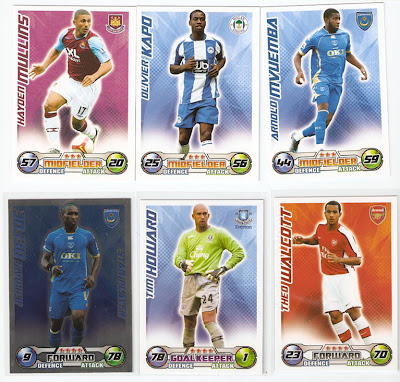 I opened a MERLIN'S Premier League stickers pack in between card packs and yielded Chelsea's star Frank Lampard. The pack also had a Fulham kit sticker - a club that has featured at least 4 Americans in the past two seasons. 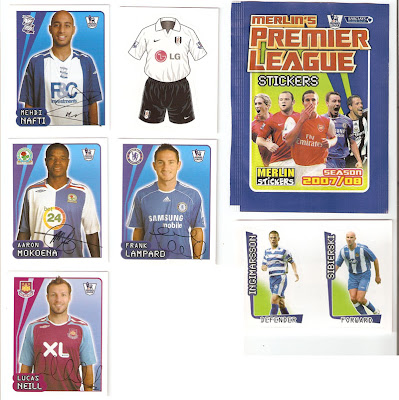 Sainsbury's grocery chain has distributed players coins for the England National Team for the past couple decades. In the parcel were 4 of these metal coins. The scans do them little justice as they are really shiney. Included was England's team Captain and hardman - John Terry. 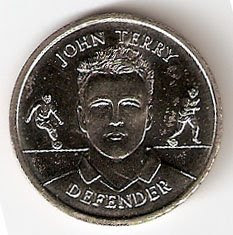 Next up was Panini, maker of all soccer cards - Champions League issue. The best clubs in Europe are represented here. It's no wonder ESPN is ready to shell out millions to get just one of the Champion's League TV contracts. 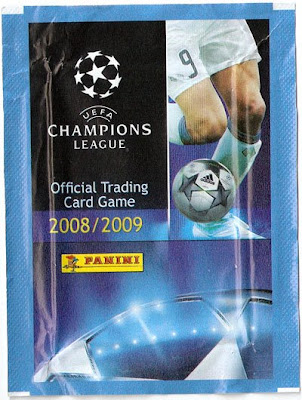 This pack was pure good luck as I had been wanting to find a card of the rising Lyon's French star KARIM BENZEMA. I not only got one - but got two - a regular and a transparent inset of him as well !

The was a 2007-08 Panini Champion's League packet too. I fared well again as I pulled another American - the wonder kid - FREDDIE ADU. 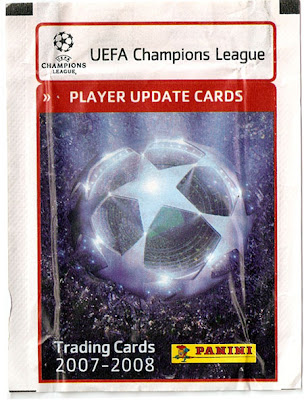 You really cannot go wrong with these packs as all the teams are star-studded club champions like Celtic, Liverpool, Bayern Munich, Real Madrid and AC Milan. 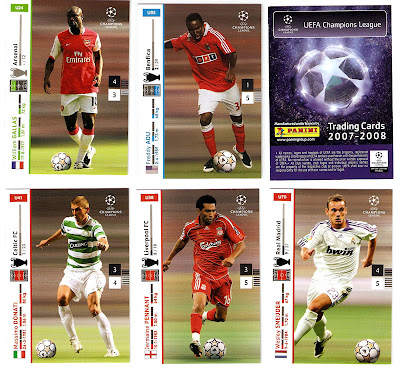 There was a single pack of 2006-07 Magic Box Shoot Out. I had seen some of their product last at the 1998 World Cup in France. So I was curious what was inside. 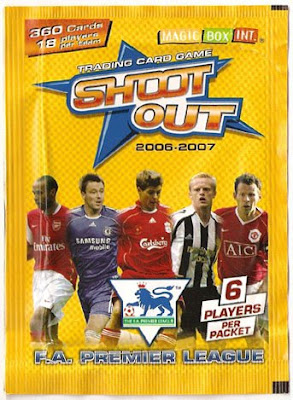 It was not a suprise to see that these cards were almost a clone of the Topps Match Attax (without the gaming info on the card). I could not believe my luck as I pulled yet another American - former USA Captain - CLAUDIO REYNA and Manchester United keeper - EDWIN VANDER SAR foil insert. 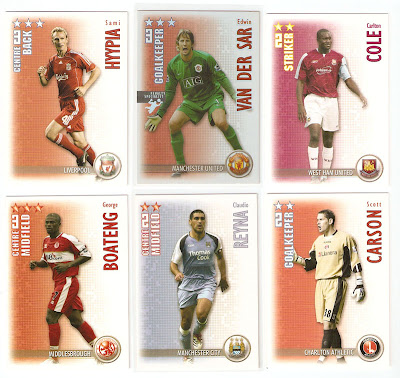 More sweets, literally, came with the Corinthians MicroStars box - minature figures plus jelly beans. I have not opened this product yet as I already have a good collection of these. I may just trade or sell it to get ... 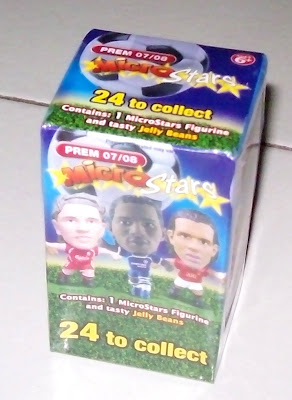 Can't see these ? - Yup, its because they are so small. That's right - they are nano - as in Nano FT Champs. FT Champs makes state of the art action figures of soccer stars. They have large, medium and small - in this case nano sizes. These are unbelievably acurate for their size. The detail is extraordinary !
I could not get a good picture, but don't wory - here is a better look at the Nano FT Champs.
I ended up with the Brazilian - ROBINHO pictured with Real Madrid. I will be persuing more of these. All in all a very great package - thank Jack.
Posted by Chuck's Used Cards at 2:07 PM