Mail Day: Not Heartbreaking nor Staggering ...

After sending a bunch of Kasas City Royals to Matt over at Heartbreaking Cards of Staggering Genius, I recieved a return package of agreed soccer cards. But wait ! - that speedster is wearing skates ! Matt was good enough to include this insert of Alexander Ovechkin with all the soccer cards. The Russian marksman is currently leading the NHL in goals just as he did all of last year. 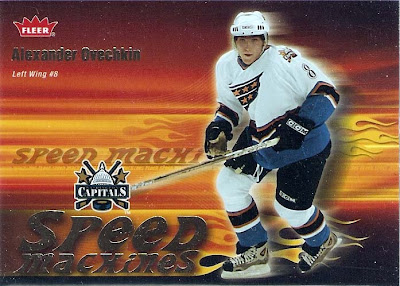 The bunch of Upper Deck MLS cards included some of my favorites and a few up and coming rookies "De Ro" - two time MVP Dwayne DeRosario is features striding his way to another magical goal. Unfortunately for Houston Dynamo he has gone home to Canada and will be suiting up for Toronto FC next season. 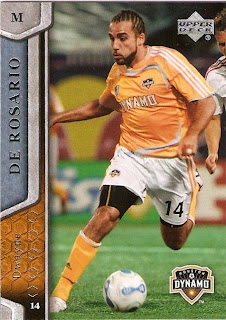 Ever since he gifted me his MVP jersey from the 1997 Cup Final, Jamie Moreno has been my of my favorite MLS players. He is the All-Time Goal Scoring King of Major League Soccer with over 120 tallies. 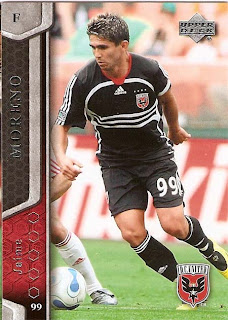 One of the young guns that has already left MLS to play in Europe is former Red Bull New York forward - Jozy Altidore. He set a record amount for an American transfer when Valencia FC of Spain paid $8 Million dollars for him last season. This is his rookie card. 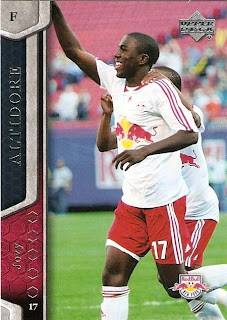 Many thanks to Matt for not a genius, but rather a generous trade.
Posted by Chuck's Used Cards at 5:39 PM