PANINI to the Rescue !

The news that Topps and Upper Deck are out of the basketball card business is making the rounds. As I have adopted the enlightened thinking for my new year - I look at the possibilities, not the negative.


PANINI of Modena, Italy have been producing soccer cards and stickers since 1962. They have been involved with the making of NFL football, MLB baseball and NHL hockey issues in the 1980's and 1990's. 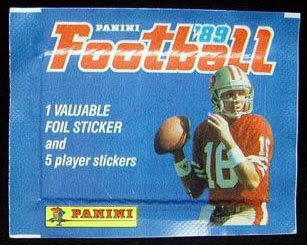 The European based company has also made products for Disney and Star Wars. Their annual soccer sets are made for no less than 30 countries around the globe. So it is a safe bet they know what they are doing when it comes to collectibles.


This brings me to the void that this will leave in the sports market in the USA. Since most of North American leagues are becoming global, it seems a given that soccer will take its rightful role in the American sports scene. It begs to ask what the card makers could conger if they used the designs to make MLS cards ... 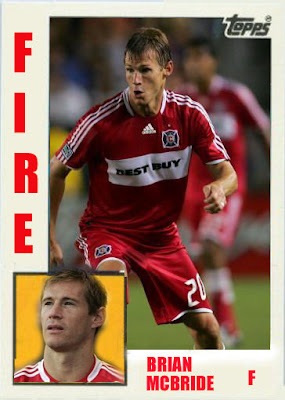 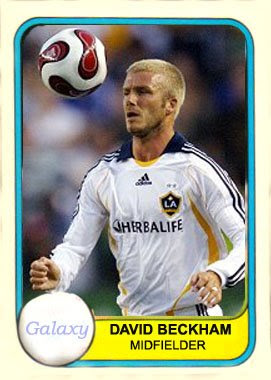 Los Angeles' David Beckham is seen here in the 1981 Fleer style - that is if he retruns from AC Milan. 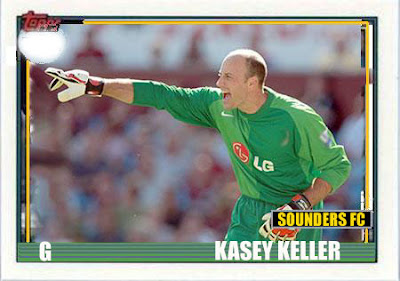 New Captain and all-time great Kasey Keller is sporting the 1991 topps for the expansion Seattle Sounders.
If only ... Upper Deck would be given a run for their money in this league.
Posted by Chuck's Used Cards at 7:46 PM

Looks like Posh has the final say so on Becks carrier in L.A. She loves it there and has veto power in his contract according to yahoo last night.

This is reflected in many things - including Upper Deck's crappy sets year after year - BORING !

The Galaxy is a flagship for disaster - signing a washed up foreign goalkeeper when this country produces some the best goalies in the world - D-U-M-B !

It no wonder Donovan and Beckham want to leave.

The Panini stickers contain one VALUABLE foil sticker in each pack. Wow!